Pickleball: A Great Way to Stay Fit and Have Fun 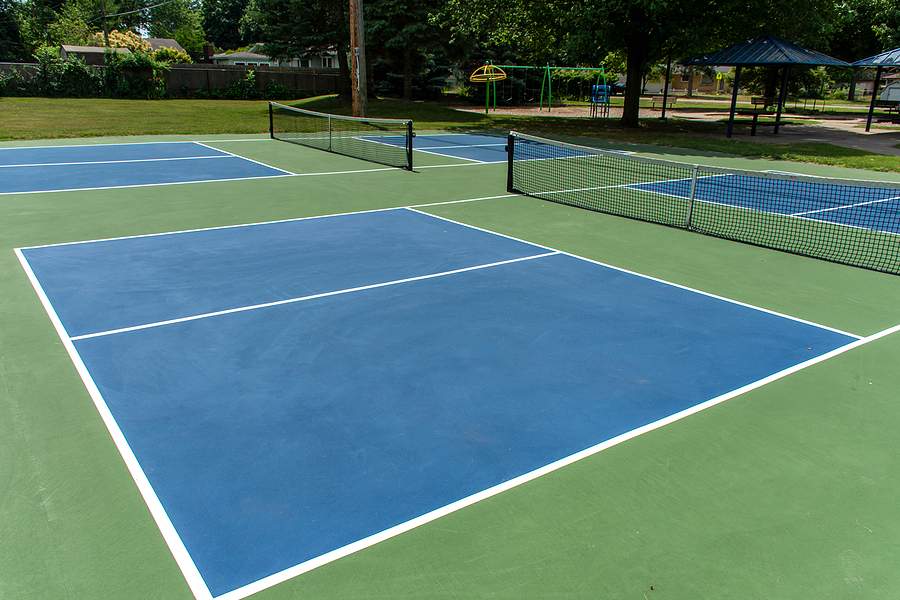 In general, playing sports offers a variety of health, social, and psychological benefits. One sports activity that is increasing in popularity is pickleball. It is a great way to stay fit and have fun at the same time.

If you’re a retiree considering moving to Florida, contact Solivita Living. We are a real estate agency in Kissimmee, Florida. Our specialty is 55+ communities in Central Florida. We offer a variety of amenities, including pickleball courts.

In this article, we’ll explore the top 10 reasons that people have started playing this game.

Pickleball is a combination of ping pong, badminton, and tennis. It is played on a court that is about the size of a badminton court. You use paddles to volley the ball back and forth over a net. The paddles are similar to those used in ping pong, only larger. The net is a bit smaller than the ones in tennis.

Research shows that pickleball has become one of the fastest-growing sports in the United States. In fact, according to the United States of America Pickleball Association, there were 2.8 million players in 2017. This was a 12.3% increase over the previous year.

In order to keep up with this growing demand, approximately 384 new courts are being built each month.

Below, we’re going to take a look at the top 10 reasons that pickleball has become such a popular sport- especially among retirees.

One of the main reasons that pickleball is so popular is that it is easy to learn and begin playing. Most people can get started in about 30 minutes. The paddles are large, which makes it easier to hit the ball with very little practice. Once you’ve played for a while, you’ll be able to advance your skills.

You can hone your shots by hitting the ball against a wall- but one of the main benefits of pickleball is the social aspect. You can play one-on-one, but the most popular way to play is on a team. This puts 4 people on the court. While it is competitive, you can still have fun with it. This is a great way to socialize and get to know new people. Often, people end up forming strong relationships with others they’ve met on the pickleball court.

It’s fun for all ages

When it comes to playing pickleball, there is no age requirement. As long as you are able to get around and swing a paddle, you can play. One advantage is that the court is smaller, which makes it easy for those who can’t or don’t want to do an advanced cardio workout. Of course, if you have health issues, you should still speak with your medical provider before engaging in any physical activity.

It’s great for all skill levels

If you’ve ever played tennis, ping pong, or badminton, you’ll be great at pickleball. Even if you have never played those games, you’ll enjoy playing pickleball because it’s so easy to learn and fun to play. This doesn’t apply to other sports such as skiing, ice hockey, golf, or martial arts- which can be difficult to learn.

The USA Pickleball Association has skill ratings starting at 1.0 and going up to 5.5. Those with a skill level of 1.0 to 2.0 have a basic understanding of the game. A skill level of 3.0 means they know all of the terms and can hit serves, forehands, backhands, and dinks- and can develop a strategy for winning. A skill level of 5.5 means they are a top-caliber player, consistently play at a high level, and can win tournaments.

One Japanese study of 150 older adults showed lower levels of depression. It is believed that this is partially due to the positive aspects associated with the socialization aspect. Of course, you don’t have to be an older adult to experience the health benefits of the sport. Since it’s a moderate-intensity exercise and it’s fun, it’s ideal for middle-aged and older adults.

When you decide you want to play, all you have to do is grab your paddle and head to the closest pickleball court. You don’t have to worry about any elaborate accessories, such as gloves, shin guards, or helmets. All you need is your paddle and your favorite pair of shoes. Once you get to the court, you can play as many or as few games as you want. Other sports have four quarters or elongated sets that you must commit to.

There are very few sports that are as inexpensive to get started with than pickleball. You can get a paddle for less than $20 and a 6-pack of balls for $8. If you put some effort into it, sometimes you can find bundles with 2 paddles and 4 balls for around $20.

Many of the local parks and rec departments are learning about the benefits of pickleball and are creating more courts. It’s easy to convince the city council that it’s worth it because they are inexpensive to build and maintain when compared to tennis courts. In fact, due to the popularity of the sport, many unused tennis courts are being converted to pickleball courts.

People are no longer referring to pickleball as being an “up and coming” sport. After all, it’s already here and quickly growing in popularity. The more it grows, the more opportunities for people of all ages will be able to engage in the sport and enjoy the social and physical benefits.

Pickleball has grown in popularity over recent years. Many people of all ages are playing, especially in retirement communities. If you’re considering retiring and relocating, consider Solivita Living. We specialize in 55+ communities in central Florida. We have several locations that offer a wide variety of amenities, including pickleball courts.